The royal banquet halls at Christiansborg Palace and Kronborg Castle have tapestries hanging on their walls. The tapestries depict 1,000 years of royal power woven with needle and thread. They were hung in the finest rooms of these royal residences to keep the cold out and impress distinguished visitors.

A battle between kings fought with needle and thread

The result was a series of 43 tapestries depicting 101 Danish monarchs and legendary kings. 1,000 years of royal family history and mythology from the legendary King Dan to Christian IV were woven into silk and yarn. Some of the kings were more fictional than others. Work on the tapestries was completed in 1586. Seven of the tapestries still hang in Kronborg Castle.

A gift of tapestries to Her Majesty Queen Margrethe

The Great Hall at Christiansborg Palace is decorated with 17 colourful tapestries. 1,100 years of Danish history from the Viking Age to the year 2000 have been woven onto these 17 tapestries. The tapestries teem with the figures of kings, heads of state and other prominent figures that have shaped the history of Denmark and the rest of the world.

The tapestries feature scenes from the siege of Copenhagen by the Swedish army on the night between 11th and 12th February 1659 and from the Second World War when dark clouds hung over Europe in the grip of Hitler and the Third Reich.
However, the tapestries also record momentous and positive change, such as the fall of the Berlin Wall and Gandhi’s non-violent struggle for freedom.

The artist behind the illustrations was Bjørn Nørgaard. A team of weavers from Manufactures Nationales des Gobelins in Paris worked on the tapestries for ten years.

The tapestries were a gift to Her Majesty the Queen to mark her 50th birthday. The work of art was inaugurated on the Queen's 60th birthday on 16th April 2000. 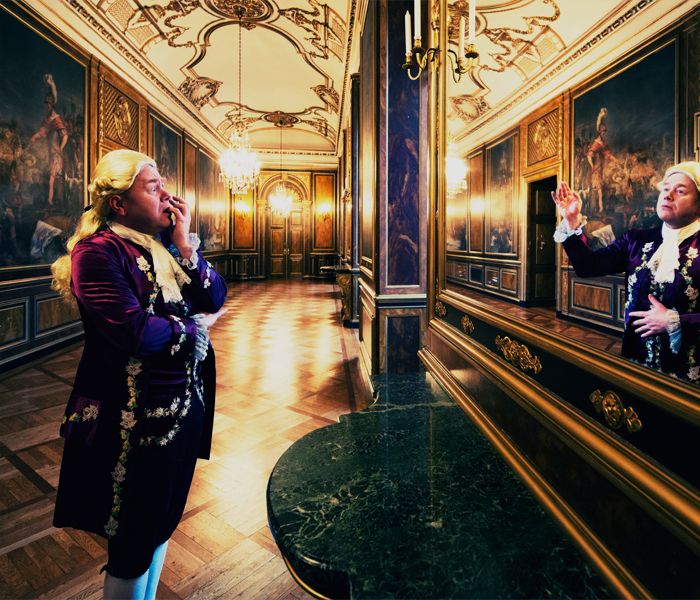