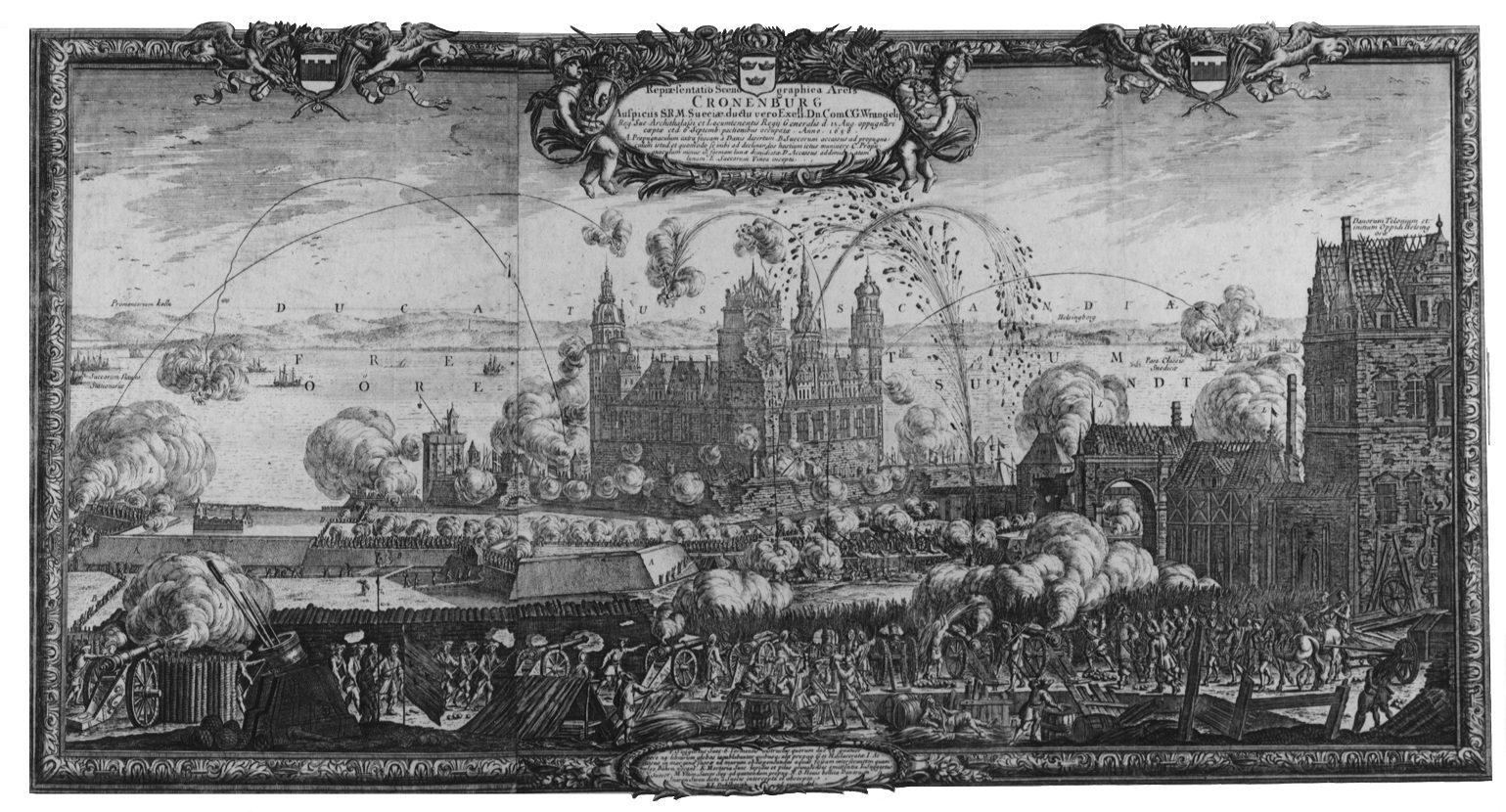 There is a deafening crash when the cannons hit the thick walls of the castle. Military orders mingle with the roar from the fighting soldiers and the cries of the wounded. Fires are burning and the enemy is moving closer. The mighty Canon Tower is under bombardment. The year is 1658 and Kronborg is under siege by Swedish troops. The castle’s 250 soldiers have fought for three weeks before Kronborg surrendered.

After the Swedes captured Kronborg in 1658 it became clear that the fortifications had to be strengthened on the landward side. The construction of a large system of fortification began. In only two years from 1688 to 1690 Christian V oversaw the building of the long wall of the crownwork and the excavation of the moat.